Pool of Ruby Essence is a 5-player Dungeon in Dragonflight. It is located on the Shores of Awakening, one of the areas of the Dragon Islands. This is a short time with three encounters. You start with Melidrussa Manteglace then continue with Kokia Foulebraise. Finally, you will face Erkhart Stormvein and his mount Kyrakka. Find our Ruby Essence Pools guide below.

The instance is very short. Count down to less than 20 minutes the first time you do it if no wiping comes up to delay the deadline. You have trash at the beginning, before the first boss, then you have to kill other mobs to unlock Kokia Emberstorm. Once the latter is defeated, you can start the final encounter right away, with no trash coming your way.

The monsters in the Ruby Essence Pools are interesting, including Trolls that, before dying, become invincible and throw fireballs all over the place. We can also note the existence of enemies that constantly push players back, while others always use AoE, which requires them to constantly move and therefore use abilities whose casting time is short, under the penalty of not cast multiple spells during combat.

The first boss in Pools is a Frost Magician. He has many skills that he connects easily. The fight is fast and you often have to move to avoid getting caught in the middle of an area effect spell.

What you need to know is that almost all of Melidrussa’s spells apply the debuff Primary Excitement. While under the effect of the spell, your movement speed is reduced by 3%. Be careful, the effect stacks up to 10 times. At 10 stacks, your character is frozen for 3 seconds and takes less damage every second while frozen. So you should avoid going there and the healers should be attentive to the players who fall into the trap.

It’s a pretty fun fight but not too hard in Normal mode, the boss has less hit points. 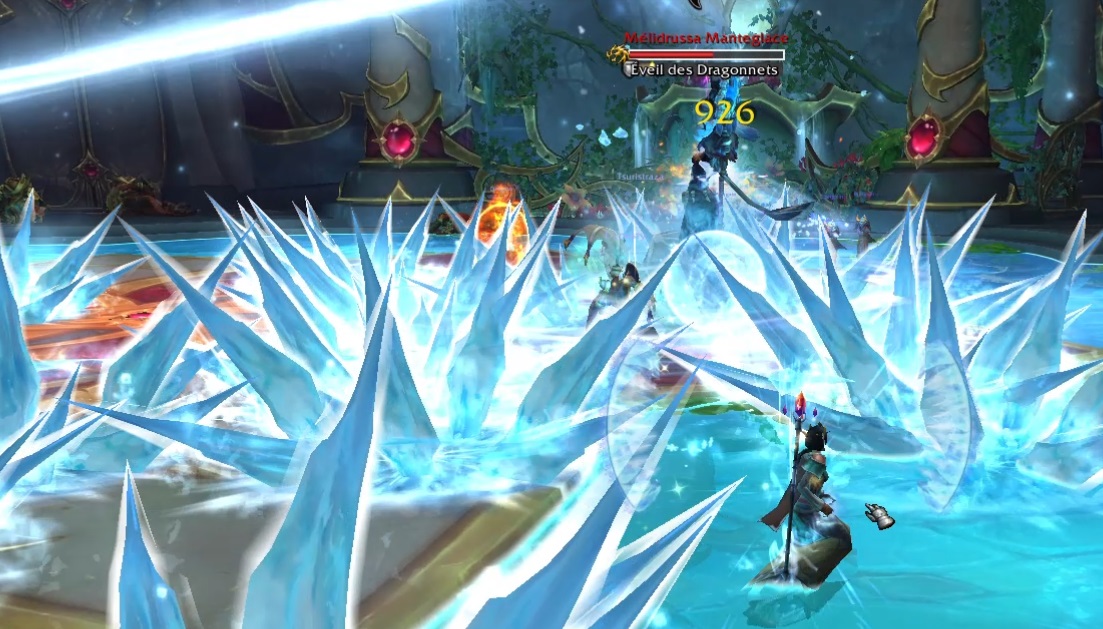 Once the first boss is taken out, get on the drake and fly to the upper platform. You will face Kokia Foulebraise, the second boss. However, this one is impossible to attack. You have to go around the place, kill all the trash, to wake him up and face him.

When Kokia is aggressive, do it and start the fight. The boss alternately casts spells that hit the tank and the players in the group, and never fails to call an add to give him a hand.

When the boss reaches 100 strength, which happens at the start of the fight, he will drop Fire Binding Ritual. He will then target a location and launch an AoE that deals damage to all players in the vicinity. In the middle of the AoE appears an addition, Blaze Storm. He is a fire elemental who can cast Roaring Inferno, a direct attack spell. It’s not that bad, you just have to make sure you DPS the beast. On the other hand, watch out for the moment he dies. The elemental dies in a massive explosion that damages all players within a 20m radius.

For others, Kokia is not too difficult to handle because some skills are very limited: 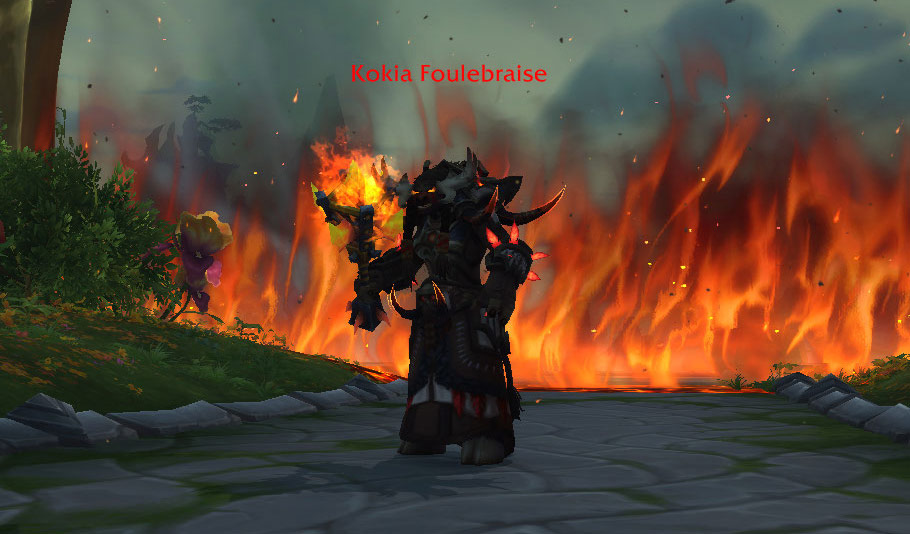 Here is the final boss of the dungeon. The encounter begins with Erkhart on the ground attacking the players and Kyrakka attacking the party from the sky. When one of the two is at 50% health, Erkhart climbs the mountain until the end of the fight.

It is important to fully understand the skills of both bosses:

The 3rd encounter can quickly turn into an unnamed mess, with two bosses dealing AoEs all over the place. We must focus on Erkhart to force him to climb Kyrakka. As you take on the first boss, avoid Kyrakka’s spells as much as possible. Once the two bosses become one, they have two spells, but it will be easier to manage. 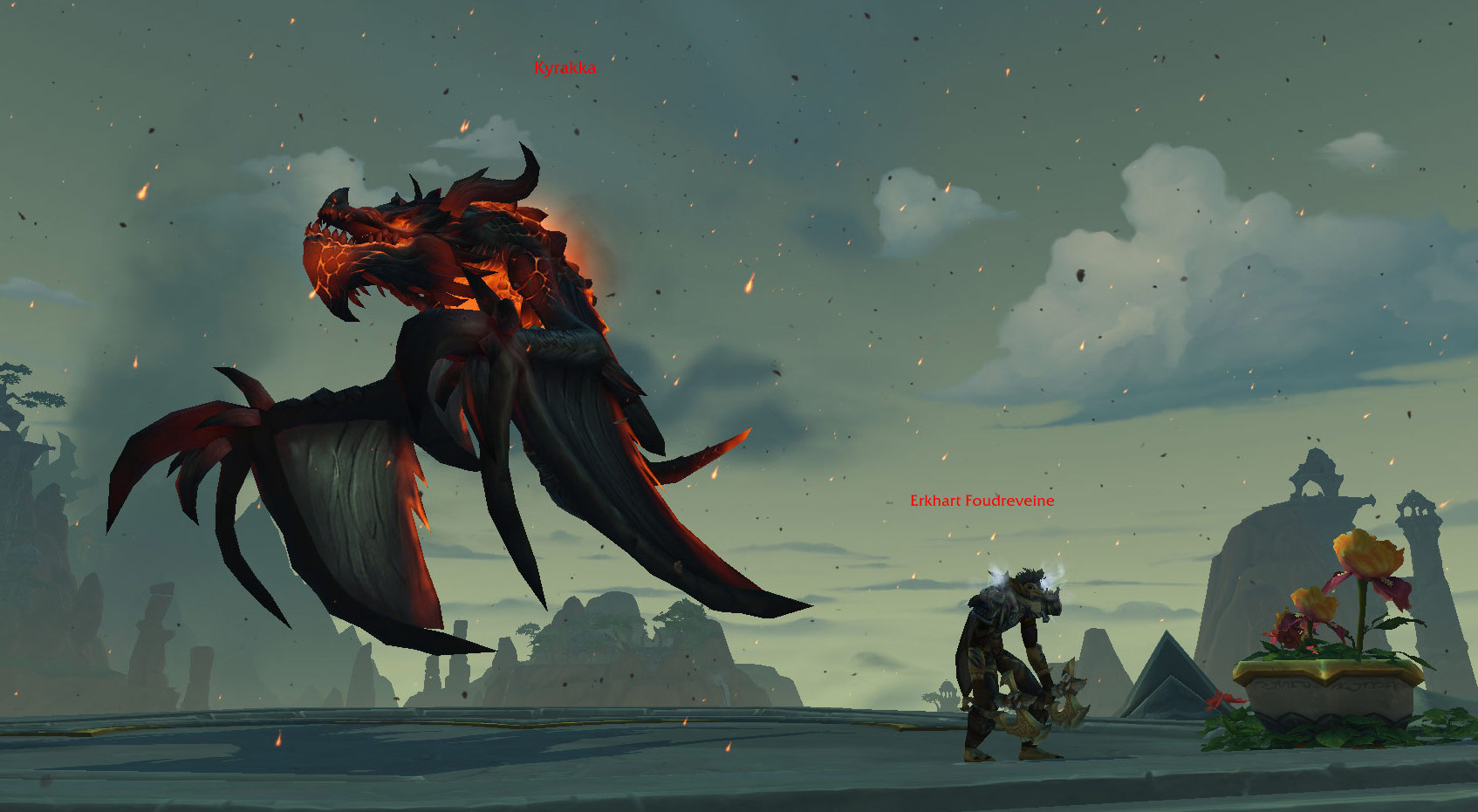 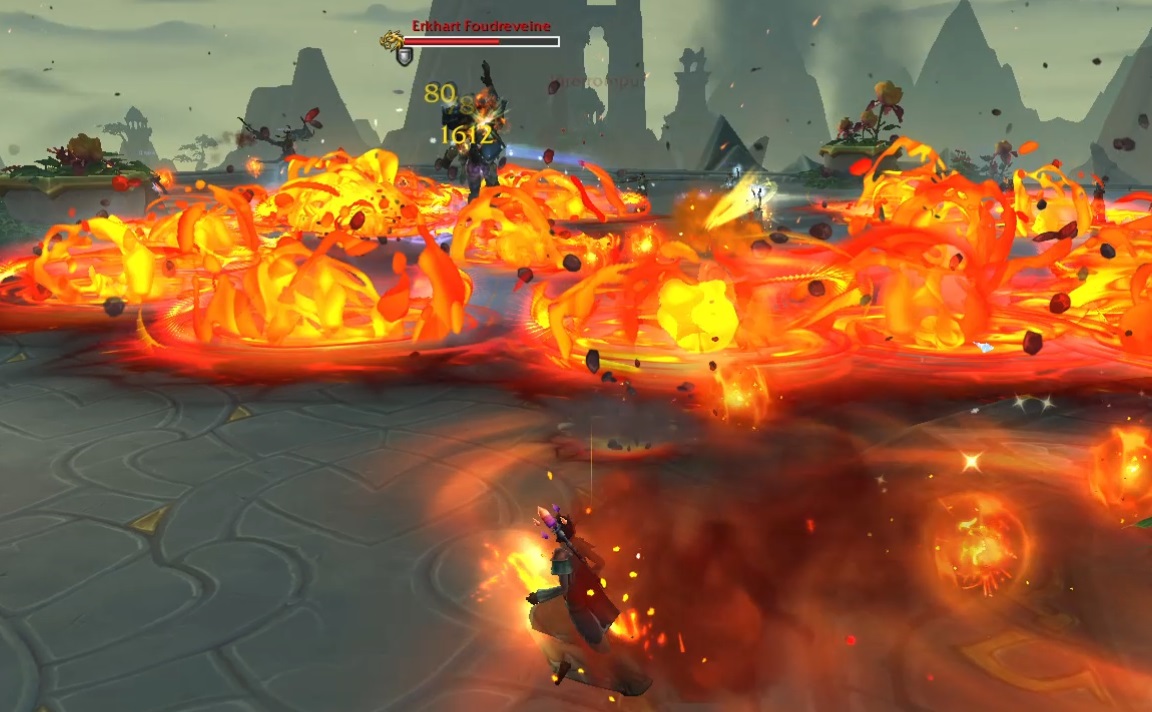 When it changes that way, it’s usually poorly crossed 😀